Poisoned Palace is a 2D Platformer with Action-RPG elements.

Slaughter endless  enemies as you rush to the top of the palace, avoiding the ever-rising poison.  Find the evil Heart of the Palace and destroy it as fast as you can!

Works best on Firefox or Chrome. 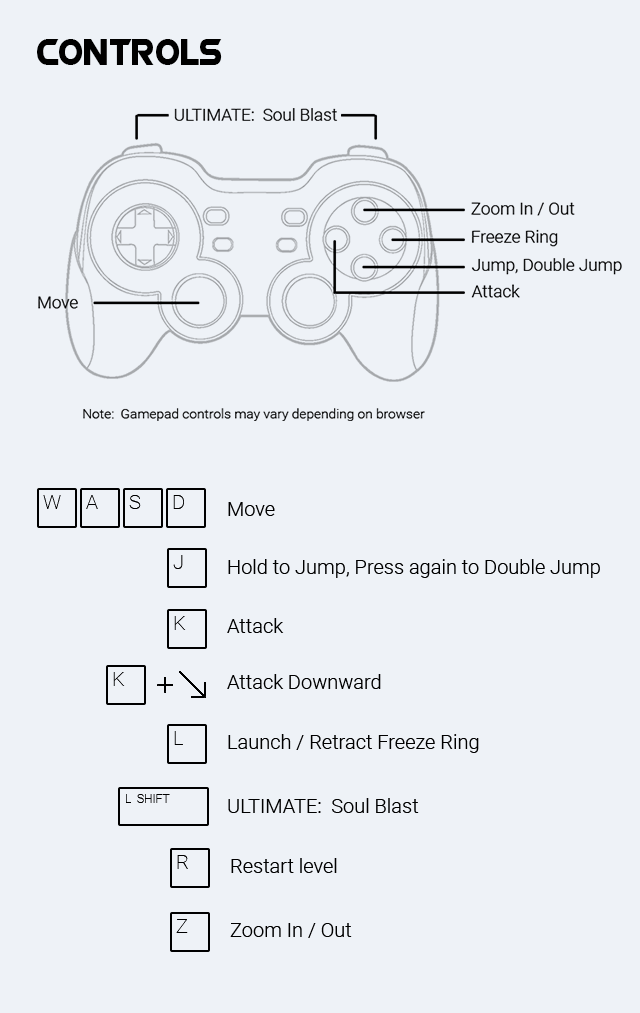 This is my Ludum Dare 42 entry!  The theme was "Running Out of Space."  Please leave a comment and let me know what you think of the game!  Thanks for playing!

If you're participating in Ludum Dare 42, please consider giving the game a rating here:

This was a fun change of pace game, but imo it was very difficult right off the bat. The highest I ever got was difficulty 10 and I only got to chunk the boss to about 50% hp. Overall, I love that there were many different path to the top, at least that's how it felt to me. My first few tries were very hard because I did not realize my ult charged up so fast. If you could make the sound and visual for "Ult is ready" a little flashier, I think it would help a lot. The boss seemed to have SOOO much HP. I'm guessing I was supposed to collect as many of the buffs as possible before facing him. I only collected 2 on my final run, which is maybe why I felt like I hit like a noodle. The frozen fire boomerang thing was pretty cool, but I honestly found myself using it more to clear blocks than for the freeze effect. Overall, I think this was a fun, but difficult, change of pace game. Keep up the good work!

Thanks so much for playing and for your excellent feedback.  I'm definitely hearing that the game is challenging-- I may have to make some balance changes to the difficulty in a future update!   I would definitely like to add a more obvious notification for the Ultimate, too.   As far as boss health, still balancing that, too.  More powerups will certainly help with that fight, as well as getting there ASAP so he's not as strong.  I really appreciate the feedback, thank you!

Hi, This is Richard Cane, Rei's friend and the game you made is pretty good for how much time you spent on it.

Overall i had a very OK time playing the game.

The map design was pretty good I liked how it is sorta like a trial and error type of game with the dead ends and gives a sort of arcade style feeling. Would definitely be interesting if the map is randomized each time.

Game felt really clunky but I enjoyed the idea of it being a fast paced quick thinking game.

Thanks for playing and for the feedback!

Hi, This is Dickard Cain, Rei's friend and the game you made is pretty good for how much time you spent on it.

Overall i had a very good time playing the game.

The map design was pretty good I liked how you had to make some decisions to  go to dead ends to get altars to power up and kill the boss f aster, or just rush to the boss and see if you can kill it without many upgrades.

I really enjoyed the area where i hit blocks and they respawned very fast. It really added to the "Running out of space" Theme, especially with how you made the monsters and stuff go through walls and literally swarm you.

The gameplay was pretty good. I didn't really use the freeze skill very often once i figured out you could double jump... yes i'm aware it's in the instructions. Once i figured out the map, I ended up outrunning the mobs, but it got to a point where would start lagging (probably due to too many sprites from constant monster spawns) and i couldn't control my character well at all. The fire spawns need to be toned to be very low outside of a range from the character. The first time i got to the Pink boss, There were like too many fireballs just going back and forth on the spikes. Killing them with my ultimate solved most of my lag issues.

I also find the spikes to not be punishing enough. When i was killing the boss, I killed the fireballs, took the healing not caring about the spikes because it does peanuts for damage and ignored the little guns shooting at me becaus they also did peanuts. I ended up just having infinite health and soul power from the fireballs getting stuck in the lower level of the pink ball area.

I really liked that hidden alter somewhere. I didn't end up getting it because i was falling, but i like the fact that there are some things to explore.

Thanks so much for your detailed response!  I really appreciate it!  Yes, I need to work on balancing some of the damage/health ratios in the game for sure.  Still working on that.  Thanks for being Rei's friend and thanks for playing!  Come back soon, I'll be updating the game very regularly!  Also, I really enjoy the Blade Runner reference in your name.  Fave movie ever.  Thanks again for the feedback!

Thanks so much for playing!  Still balancing the difficulty level.  Come back soon!

This is Rei's friend. I'm impressed that you made this in such a short amount of time. Keep up the good work!

Hey Snyper, I'm so glad you liked it!  Thanks for the comment and please come back soon, more updates to come.  Thanks again! 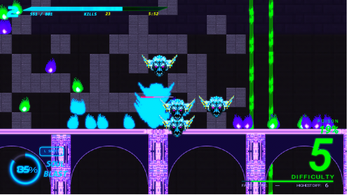 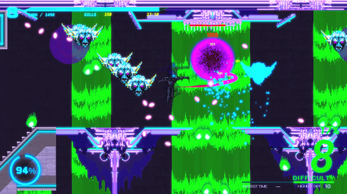 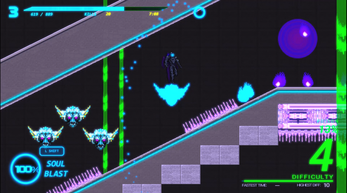 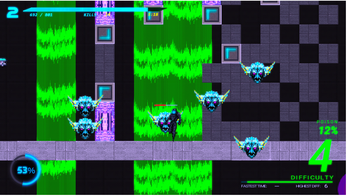